See article below written by Chris Bosak for www.birdsofnewengland.com

A walk for the birds at Oak Hills Park 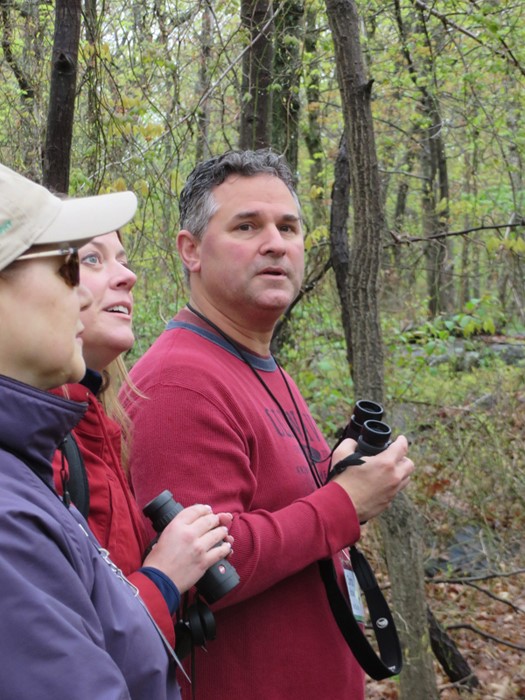 Some bird nerd with cool birdwatching peeps.
I’m a little late with this posting but better late than never. A few Saturdays ago I led a bird walk at Oak Hills Park in Norwalk. I was honored to be invited by the park’s Nature Advisory Committee to be the bird guide. Of course, I accepted because I love spreading the good word about birds and I have a soft spot for any volunteer organization that promotes nature appreciation and saves land.
As a bit of background, Oak Hills Park is mainly a golf course and the nature trails are on land that was once targeted to be cleared for a driving range. The Nature Advisory Committee now stewards that part of the property, which is valuable for birds and other animals — and plants for that matter. Case in point, during the walk we came across a box turtle in the woods. The box turtle is one of many animal species in decline because of loss of habitat.
The walk drew a large crowd and we saw many exciting birds. The highlight for many, myself included, was a very cooperative scarlet tanager, one of the most colorful and brightest birds we see in New England during migration. The red-bodied and black-winged bird flitted around and rested at eye level not far from the gathered crowd. I also pointed out over and over the sound of the red-bellied woodpecker and I’d be disappointed if that sound wasn’t permanently ingrained into the brains of each participant. I also hope some of the birders recall the different sounds made by the American crow (harsh caw) and fish crow (nasally caw). We heard them both there.
Savanna posted the complete species list to eBird and it was a good morning of watching birds. From memory, here’s what we saw (and/or heard) on the morning of May 4: yellow warbler, black-and-white warbler, yellow-rumped warbler, ovenbird, scarlet tanager, hermit thrush, American goldfinch, American crow, fish crow, blue jay, cardinal, catbird, downy woodpecker, red-bellied woodpecker, eastern phoebe, tufted titmouse, white-breasted nuthatch, common grackle, American robin, white-throated sparrow and an undetermined species of vireo. I may have missed a species or two.
Clearly, the land is valuable for wildlife and thanks to those who protected the property. On Saturday, June 1, from 3 to 5 p.m., there will be another walk there in honor of Trails Day. The walk is free and open to all. For more information about the walk and park, see www.oakhillsgc.com or https://www.facebook.com/Oakhillspark/ . 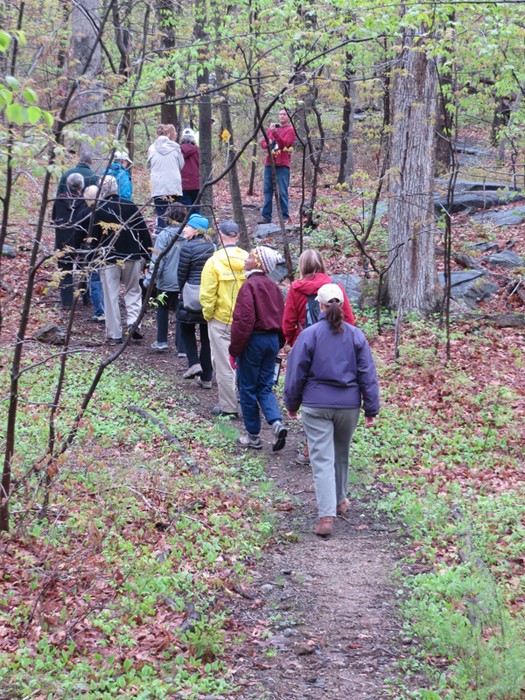 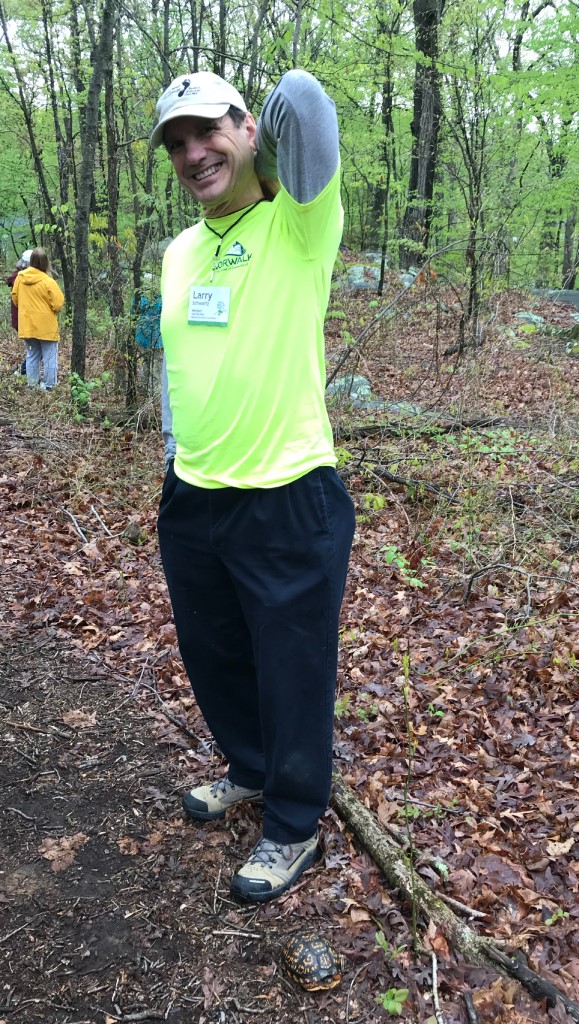